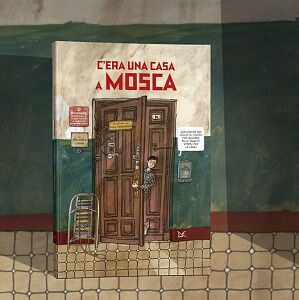 The Apartment is awarded with The Orbil Prize for non-fiction, Italy

The Apartment (published in Italy as C'era una casa a Mosca) is awarded with The Orbil Prize for non-fiction, a prize given by a group of independent Italian bookstores. We thank Librerie Indipendenti Per Ragazzi for the honour.

The book was launched in Italy in autumn 2020 and has been immediately remarked on the market! Have a look at the great booktrailer prepared by Donzelli Editore:

The Apartment: A Century of Russian history is published in German, French, English, Italian, Poland and it has become a big event almost in all countries where it is published by winning different national awards there. We are looking forward to Arabic, Romanian, Japanese and Simplified Chinese editions! The French rights are available again.